What Spinoza would have said about all these new planets?

With news that there are 1,284 more known planets than there were this time last week – raising the known number of exoplanets ( a planet that orbits a star other than the sun) to 2,325,  what would a philosopher like Spinoza  have made of it?

Firstly he was a lens grinder – working with lenses that would be made into 17th century spectacles, he had a sense  of what vision was about.

Secondly – he was the one who came up with the wonderful phrase ‘Sub specie aeternitatis’ which translates as ‘Seen under heaven’s eyes’ and always makes me feel magnificently insignificant . Seen through the eyes of eternity all our problems are, indeed, very small.

Thirdly he was not afraid of the unknown – and space is all about that. When Spinoza found he couldn’t accept the  God of orthodox Judaism he allowed himself to be excommunicated – walking into unknown territory for him and everyone else. Think of what life was like! No-one, but no-one, would risk facing heaven or hell without some solid religious vehicle to ferry them successfully there. You just climbed on board and the rest was taken care of! Not Spinoza. Jewish orthodoxy of the time despaired of this brave and rebellious young man – but they loved him too – because he was clever – and because he was not afraid to know his own mind.

Spinoza was a determinist which means that he thought everything that happens to us was going to happen anyway.  ‘Man thinks himself free because he is conscious of his volitions and his appetites…. but ignorant of the causes of them.’ But he wasn’t some kind of fatalist – everything written in the stars. Rather, with his grasp on the enormity of the heavens he stretched that out to include God. God was in everything, behind everything, in all possible permutations and happenings and events – even the awful ones. There was nothing that did not contain God because God was all possible being and states – and man is included in that.

So what would Spinoza have made of the discovery that there is a huge galaxy orbiting our own that we’ve only just become aware of? He would have raised his dusty hands to the heavens, smiled…. and gone back to his lathe. I don’t think he would have been unduly perturbed – didn’t you always know that, somewhere deep inside?? 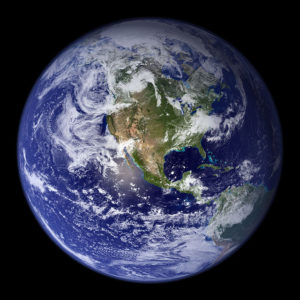 What would Spinoza have said about all these new planets?